Mark Mendelblatt & Brian Fatih (USA) have won the SSL Finals 2016 and a lion share of the $200,000 Prize Purse. In a dramatic final day, the American pair came with a whisker of being eliminated in the Semi Final and a highly competitive final race, saw three different teams take the lead in an epic display of sensational racing in the tactically challenging Montagu Bay, Nassau, Bahamas.

10 teams contested the SSL Finals 2016, in the Star Sailors League Knock-out format. The trade winds were back in the bay with 12 knots of breeze pumping up at times and shifting both left and right on the short race track.

Croatians, Fantela & Arapovic, struggled in the bigger breeze and were eliminated, along with their countrymen;  Stipanovic & Sitic. The Danish/Northern Ireland combo of Høgh-Christensen & Milne, battled hard to make the cut but lost out by one boat length to Polgar & Koy (GER).

Mendelblatt & Fatih, who were rewarded a bye from the Qualifying Rounds, joined the fray. The battle for the crucial third place was to end in high drama. Kusznierewicz & Zycki (POL) and Mendelblatt & Fatih, were locked in an intense downwind battle on final downwind leg, and just metres from the line, the Polish team broke their pole, spinning out just before the finish line. Polgar & Koy were also eliminated, as was the defending champions Szabo (USA) & Natucci (ITA).

Negri and Lambertenghi (ITA), who were rewarded a double bye for winning the Qualifying Rounds, joined the fray. Scheidt & Boening (BRA) got a cracking start and with renown downwind speed to come, the Brazilians looked like they would run away with the final. However, Mendelblatt & Fatih (USA) matched the Brazilians downwind, and the two leaders gybed at the first leeward gate, almost together. Mendelblatt & Fatih engaged Scheidt & Boening on the second upwind leg and gained the advantage. Rohart & Ponsot (FRA) kept in clean air on the other side of the course, making it a three way fight for the line. The Americans managed to hold of the Brazilians at the last top mark, while Rohart & Ponsot gybed early, heading straight for the finish line. The SSL Finals 2016 went right down to the wire, although Negri & Lambertenghi, were struggling in fourth place, all three teams ahead of the Italians had led during the race.

Gold Medal: Mark Mendelblatt & Brian Fatih (USA)
“Very hard battle out there today, again like when we won it a couple of years ago. But I told Brian ‘let’s keep our heads down and keep trying. He did a great job crewing the boat and somehow we managed to get around them.”

Silver Medal: Xavier Rohart & Pierre-Alexis Ponsot (FRA)
“It’s been a difficult qualification round, I was feeling quite good but not good enough to beat those strong guys, I was a bit afraid about today but finally we found the good mood with wind with speed and everything, so we really enjoyed the day and we took every opportunity”.

Bronze Medal: Robert Scheidt & Henry Boening (BRA)
“This has been a fantastic competition, really competitive racing in super conditions. We tried our best but we are a team that has just come together and although we showed we are very capable of winning, we made a mistake at the last leeward gate and that cost us. Congratulations to Mark and Xavier and everybody involved, when we have great sport like this, sailing is also the winner.”

The Star Sailors League Finals in Nassau is a perfect occasion to showcase the strong passion and long tradition of sailing in the Bahamas and for Bahamians to share in the celebrations! On Sunday 4 December, with the SSL Finals concluded. The cameras and live internet shows will still be rolling. An elite team of sailors from the SSL Finals will join the Best of the Best Regatta, racing in Bahamian Sloops, against top local teams. Junior sailors will also be racing in several one design classes. Racing starts Sunday 4 December 0900 am local time. (1400 GMT). All of the action, plus features and interviews, will be streamed live from: http://finals.starsailors.com/ 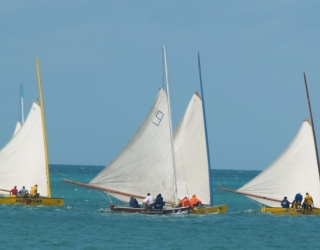 The Star Sailors League Finals in Nassau is a perfect occasion to showcase the strong passion and long... 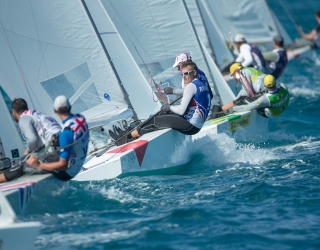 A brief history of the SSL

The Star Sailors League (SSL) was established in January 2013, the organisation allocates points from...