The opening day of the first ever combined Star Sailors League Breeze Grand Slam and Star European Championships dawned with a change in conditions from the blue skies and sunshine, which had filled the skies over Rival del Garda, Italy, for the practice race.

With little-to-no breeze in the morning, the reliable Ora wind dutifully arrived somewhat earlier than usual and was already blowing hard by the time some of the legends of the fleet had concluded a formal press conference at 11am.

With the cold breeze firmly in and grey skies covering the beautiful Lake Garda, it was a hesitant fleet who headed out to the race course with many choosing a last minute coffee in the Yacht Club bar before finally getting into their sailing kit and making their way to the race area.

Once onto the racecourse, however, it was a slightly different picture. With the Ora funneling up the lake and Riva del Garda located on the very northernmost shore, the wind was slightly more moderate when the sailors reached the startline – though it still looked like it was going to be a tough day at the office with the wind holding in the high teens.

With a few minutes to go until the first start, it became obvious that the right hand side of the course was favoured by most teams, with the majority of the fleet lining up at the committee boat end of the line jostling for space. Clearly this was going to be a classic Garda race with teams vying to get away from the startline in space and be the first to tack at the cliffs on the right of the course, where the pressure was greatest and the wind funnels down the edge of the lake.

During the morning’s press conference the sailors had been asked who they thought might win the event and all had replied in the expected humble tones, praising the quality of the competition and saying it was anyone’s game. One of those hotly tipped to take the title this week, Paul Cayard (USA), had replied that he was “just happy to be here sailing a Star” and that “was winning already.”

Cayard’s start to race one, however, told a different story, one of a man entirely more determined to take victory on the water this week. He, along with crew Arthur Lopes timed their run in to the committee boat end to perfection and hit the line at pace. Closest to the committee boat, they also had the space to tack off to the favoured side of the course as, and when, they chose.

Italy’s Diegro Negri sailing with Frithjof Kleen (GER), and Roberto Benamati and Alberto Ambrosini (ITA) both also had strong starts at the committee boat end and got away towards the cliffs in the leading bunch. Five-time Olympic medalist Robert Scheidt (BRA) was also in the running with this leading pack.

Garda, when the Ora is blowing, can be something of a one-way track and today was no exception. The biggest challenge for the sailors was spotting the layline for the windward mark from a long way out with many losing places by going too far and overstanding. Scheidt, long known for his downwind prowess was looking quick in these breezy conditions but the skies where starting to clear and the wind was moderating somewhat already. By the bottom mark the Brazilian had moved himself up to thirdand was hot on the heels of Cayard with Negri still holding on to the lead. With few passing opportunities these three held onto their positions to the end, with Scheidt pushing on the downwind but not quite having the legs to get away from Cayard ahead.

With the afternoon wearing on, it was a short turnaround to race two but already the breeze was feeling much softer and, at the time of the second start gun at around 15:00 the wind had reduced to the early teens and the sun was finally breaking though the heavy cloud layer.

Once again it was Cayard who nailed the start getting to the committee boat again at speed and showing his America’s Cup skills.

Despite the moderating wind and the funneling effect at the cliffs being much reduced, it was still a fight for the right hand side of the course. Though for this race, with the windward mark moved it was a case of short tacking up the shore with a great many calls for water and shouts of ‘starboard’ echoing off the cliff walls. One of these port/starboard incidents was, unfortunately very costly with Tom Lofstedt and Anders Ekstrom, and Gugliemo Danelon and Mattia Gazzetta coming together, resulting in the loss of the latter’s rig – something more often seen on Stars going downwind in big breeze!

Once again it was a battle between Scheidt and Cayard near the front of the fleet this time with polish Star hero, Mateusz Kusznierewicz with Frederico Melo leading the charge to the first windward mark. And again Scheidt was looking quick downwind and was working hard to try and make the most of his pace on a downwind, which was almost exclusively sailed on port gybe and so limiting the tactical possibilities.

If there was to be an overriding narrative of the day’s sailing then it would be that Cayard was looking particularly strong on the upwinds and Scheidt a force to be reckoned with on the downwinds. That being the case, it was little surprise to see the American at the front of the fleet at the final windward mark of the day, but Scheidt closely followed him with another American, Eric Doyle and his crew Payson Infelise, having worked their way into the top three. “On the last downwind we all gybed early and I went left, thinking I would protect that side,” explained Cayard after the finish“But Robert [Schedit] and Eric [Doyle] found a bit more pressure than us and just sailed round the outside.” So it was, that the Brazillian picked up the second race to add to his third, with Doyle in second and Cayard in third.

“I’d say that was a pretty good day at the office,” Cayard said when ashore. “We were really happy with that start in the first race and it was great to do it again in the second too. Sometimes Garda can be a bit one sided on days like today so you really have to fight to be where you want.

“Robert [Scheidt] is one of the greatest downwind sailors in the world but I feel like we had enough to hold him at bay today. And I’ve always been strong upwind so we were happy with our speed there. We’ll see what the rest of the week holds…”

It’s foolish to draw any conclusions at the end of the first day of racing. CertainlyCayard and Scheidt seem the form boats from today’s racing, but with the fleet this competitive, many have picked up some big scores already. In this fleet it only takes one off-day to drop out of the top ten overall and so miss out on the final elimination series, on Sunday May 19th, to be crowned Star European and Sailors League Grand Slam Breeze champion. 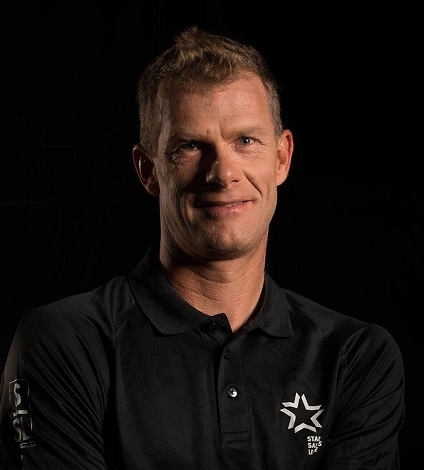 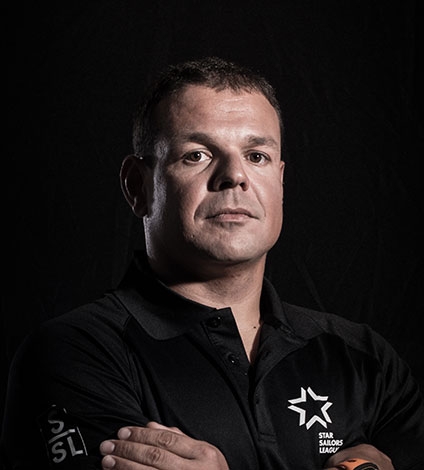 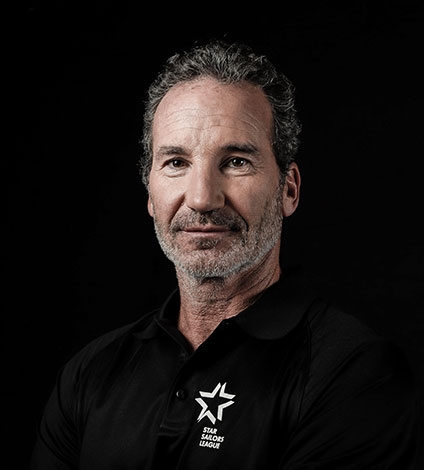