The annual Bacardi Cup kicked off today in Miami, USA, with a beautiful and very typical Biscayne Bay day which saw the 65 boat race get underway in a south-easterly breeze of about 16 knots.

Today it was all about the iconic Star Class, with the J/70, Melges 24, Viper 640 and the newly welcomed VXOne sports boat and AV8 and Windfoil classes beginning their competition on Thursday 5 March.

After the skippers briefing at Coral Reef Yacht Club, the 130 sailors headed to the water for a scheduled 1200 hours start. Principal Race Officer Carl Schellbach hoisted the U-Flag after the first general recall, which saw over half the fleet cross early, and got the fleet off on the second attempt in stunning race track conditions.

Paul Cayard (USA) and his Brazilian crew Pedro Trouche had a dominant start on the pin end but couldn’t break away and were soon overhauled by the Italian-German partnership of Diego Negri and Frithjof Kleen who led round the first mark. They were closely pursued by Danish skipper Jorgen Shoenherr and his German crew Markus Koy, winners of the Star Midwinter regatta in January on the same race track, and the ‘king of the bay’ Augie Diaz (USA) with Henry Boening (BRA). The Irish brothers Peter and Robert O’Leary were not far behind and delivered a superb downwind strike to claim the lead going into the gate and maintain ownership of the race through to the finish.

“It’s good to be back in Miami, and it is a very good way to start the regatta, even though it is a long series with five more races. We just have to keep working hard and see how it goes,” commented Peter O’Leary. “I think it was good to get out of the pack early and just be clean. Downwind we were pretty quick, we went to the left gate at the bottom which took us to the right hand side of the course for the second upwind and we defended the lead from there.”

While the Irish team secured a significant win, it was neck and neck for second and third and hard to separate Paul Cayard with Pedro Trouche and the 2019 Star World Champions Mateusz Kusznierewicz (POL) and Bruno Prada (BRA). They were super close, but the Race Committee had no doubt in awarding second place to the Polish-Brazilian partnership. 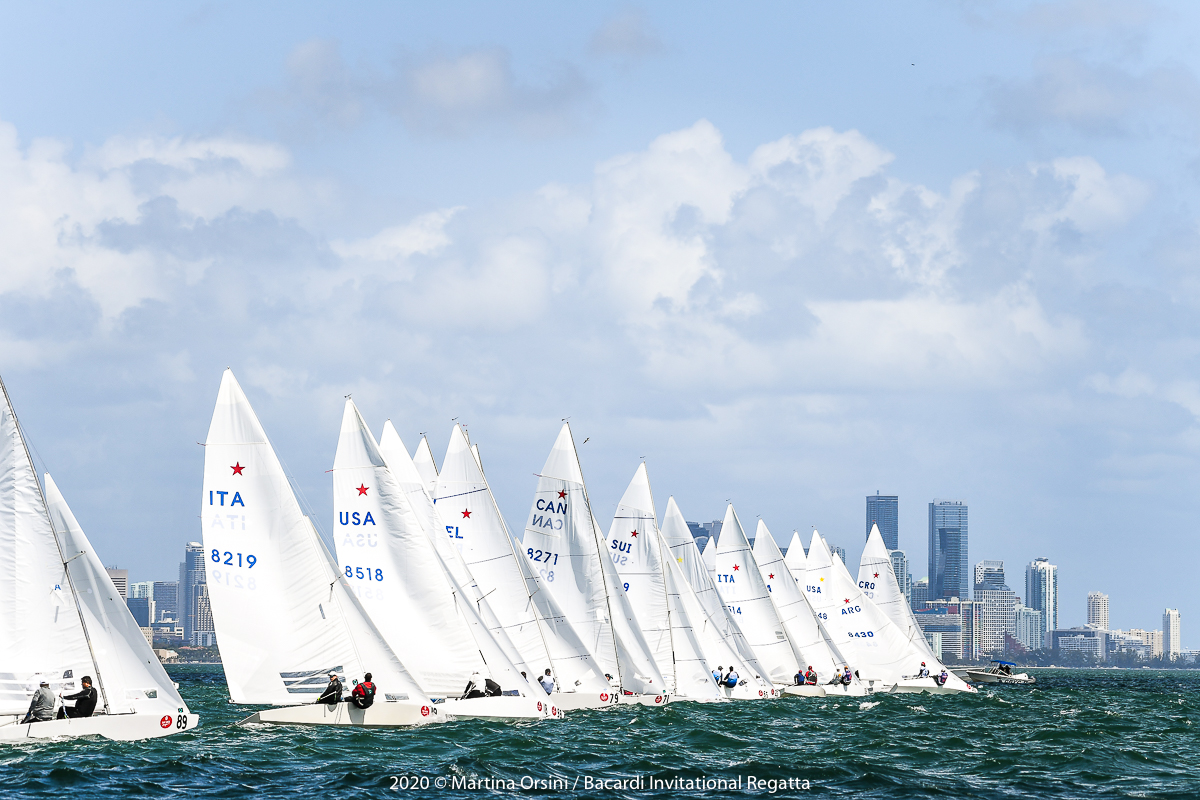 Pushing hard in the final downwind were early race leaders Negri and Kleen, but they fell foul of the jury who flagged them for rocking and a penalty turn just before the finish handed fourth place to Eivind Melleby (NOR) and Josh Revkin (USA).

The sixty-five Star Class teams will kick off race 2 of the 93rd Bacardi Cup with a scheduled start time of 1200 hours for another intense day of race track duels on Tuesday 3 March. Before that, tonight all sailors and officials will be hosted by Eddie Cutillas at the magnificent Bacardi Building for the traditional welcome cocktail, where the BACARDÍ rum team will serve up cocktails and fun. The nightly parties ensure the enjoyment continues long after the finish line. The next social event will be the Mid-Week Party at Shake-a-Leg Miami on 4 Marchto mark the half-way stage of the event and the Prize Giving Dinner on Saturday 7 March.

GAMECHANGER: BEN AINSLIE IS A FORCE TO BE RECKONED WITH IN RETURN TO SYDNEY HARBOUR