Joining forces to get stronger

“I loved every moment of that training session – says Ahmad Ahmadi – it was good to be on the same boat with my potential teammates and to have a go, even if on smaller boat, at a similar boat to the SSL47, very useful, and the learning curve was steep. I advise to every team to do the same.”

Ahmad, also called Awat, used to train on the Finn to qualify for the Tokyo Olympics, then recently moved to the Laser for weight issues, but both are singlehanded boat and it makes a huge difference to then helm a boat managed by a 5 person crew, or even more, like he had the chance to experience in Switzerland on the real SSL47.

“It was great to train in Grandson, on Lake Neuchâtel, with Team Estonia first and Team Bulgari then – says Ahmad – I tried every role on the boat thanks to the two SSL coaches, I helmed, grinded, I was the pit, even the bow.. it was excellent and the only way to get a real feeling of how the boat works as a whole, something you cannot even imagine when you come from the dinghy world of the Olympic classes.”

Awat, is a firm believer of the SSL Gold Cup and what it will mean in Iran in the promotion of sailing. “Iran is a beautiful country with great natural resources, both on the South coast on the Persian Gulf, and on the North on the Caspian Sea. The wind blows and the water is perfect, we just need to promote it for the younger generation and this is what we will do thanks to the SSL Gold Cup, this would be our biggest victory!” 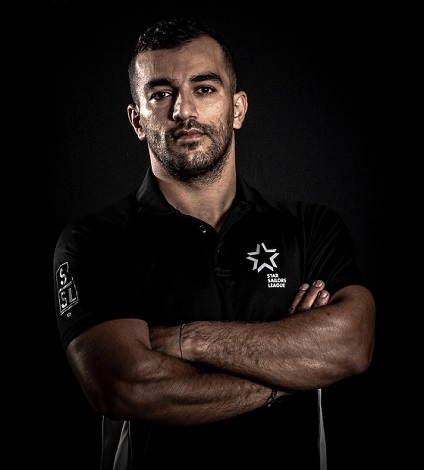