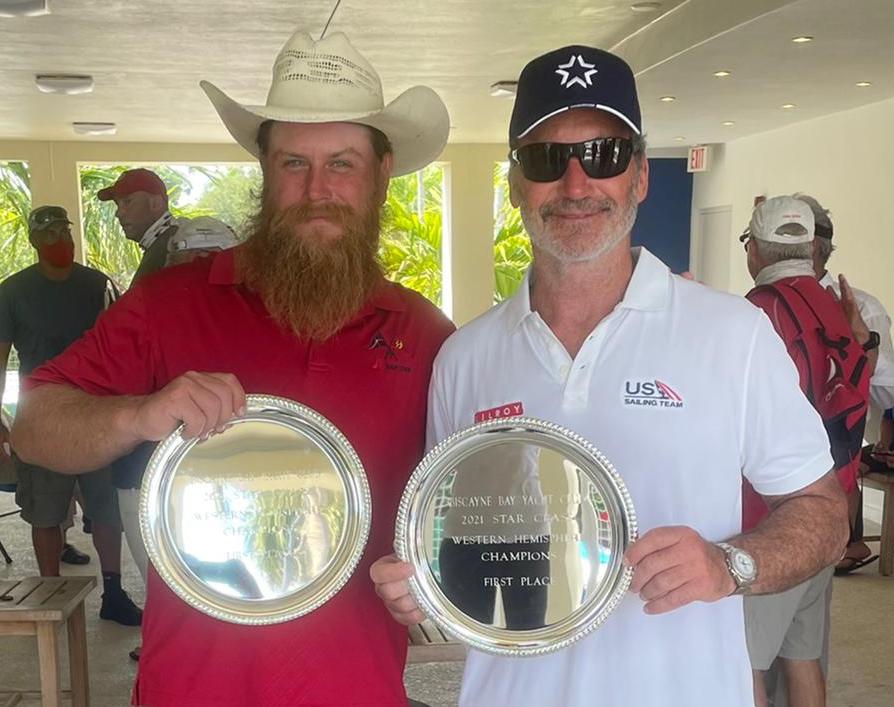 Paul Cayard and Luke Lawrence (USA) are the 2021 Star Western Hemisphere Champions after a flawless series, leading the scoreboard since day one. Both American, but not from Miami, they know this race course so well they could be almost considered locals and they have only raced together once before when they finished third at the Midwinter Series on these very waters last February. They must have found great combination onboard, with Lawrence jumping in the front of the boat when he usually steers it, the duo ended the Championship with a win in the first race today, their third bullet of the weekend.

In second place the Danish/German team with Jørgen Shoenherr and Markus Koy had a very consistent weekend, dropping a seventh in the first race, they’ve always finished in the top three and recorded a win. They are only three points behind the winners and two in front of the third place team, the 2016 Star World Champions Augie Diaz (USA) and Bruno Prada (BRA), on the same boat again after a few regattas as challengers – the Brazilian superstar crew won his second back-to-back Bacardi Cup only last month with Mateusz Kusznierewicz.

Today, April 25th, the conditions were quite different from the previous days, a much lighter breeze, 6-8 knots from the South, a little rain, and a postponement on the water. Two races were sailed as scheduled nonetheless, for a total of seven very fair and fun races on Biscayne Bay for the 21 teams, all organized impeccably by Biscayne Bay Yacht Club and Diaz Marine.