At the top of the Men’s fleet scoreboard is the Spanish crew Jordi Xammar and Nicolas Rodriguez after a 10th, 2nd and 4th in the three races of the day. 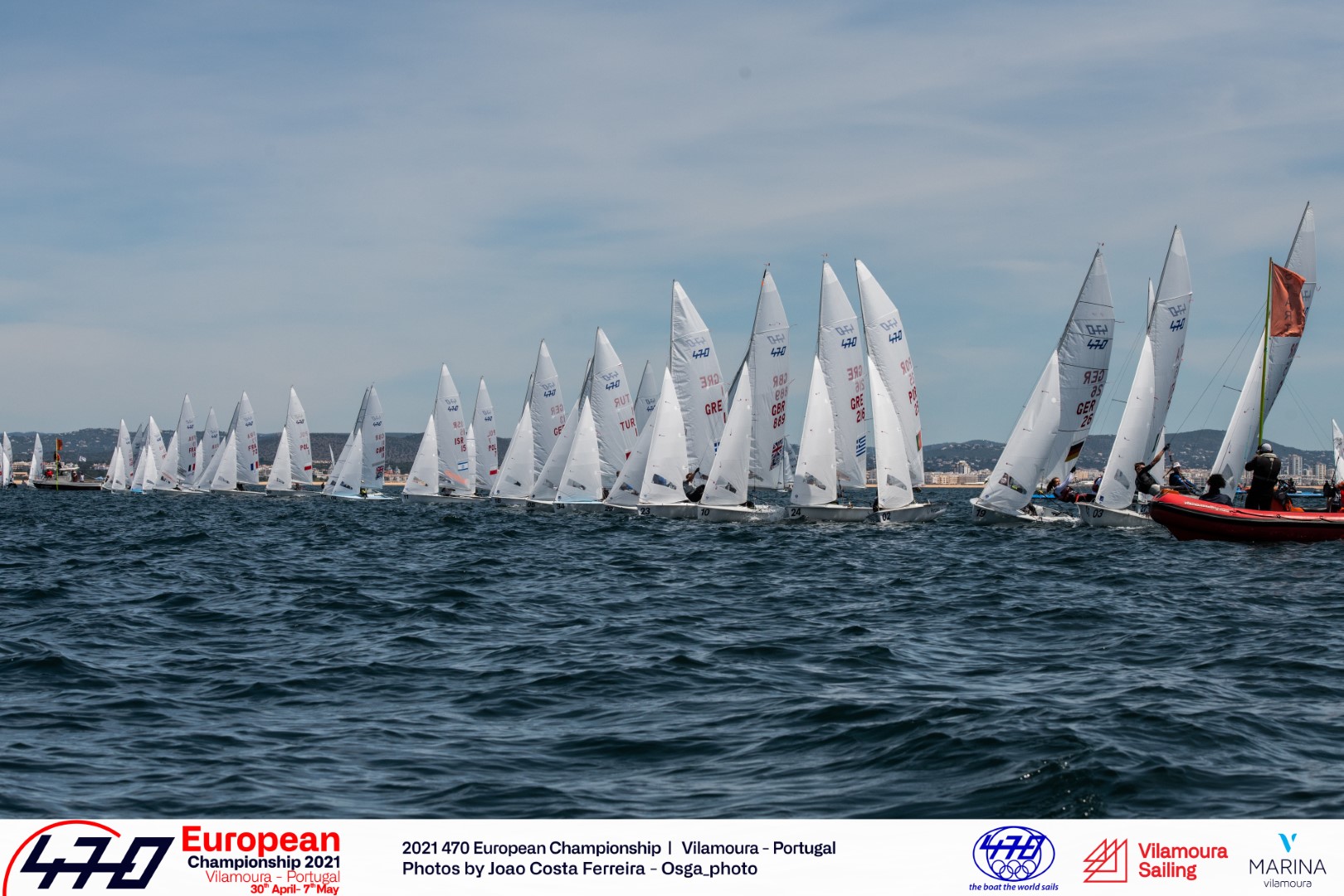 New Zealanders Paul Snow-Hansen and Daniel Willcox are in 2nd just 1 point behind the leader and tied with the 2021 World Champions from Sweden Anton Dahlberg and Fredrik Bergstrom. Just 3 points separate the leaders from the 8th boat.

With less then 3 months to go for the Olympic Games, 81 teams from 25 countries are sailing what is the last 470 major event before Tokyo. Two months after the 2021 470 World Championship, also sailed in Vilamoura, the European Championship has attracted the elite of the 470 Class, including 34 out of the 40 Olympic teams, to sail in Vilamoura. 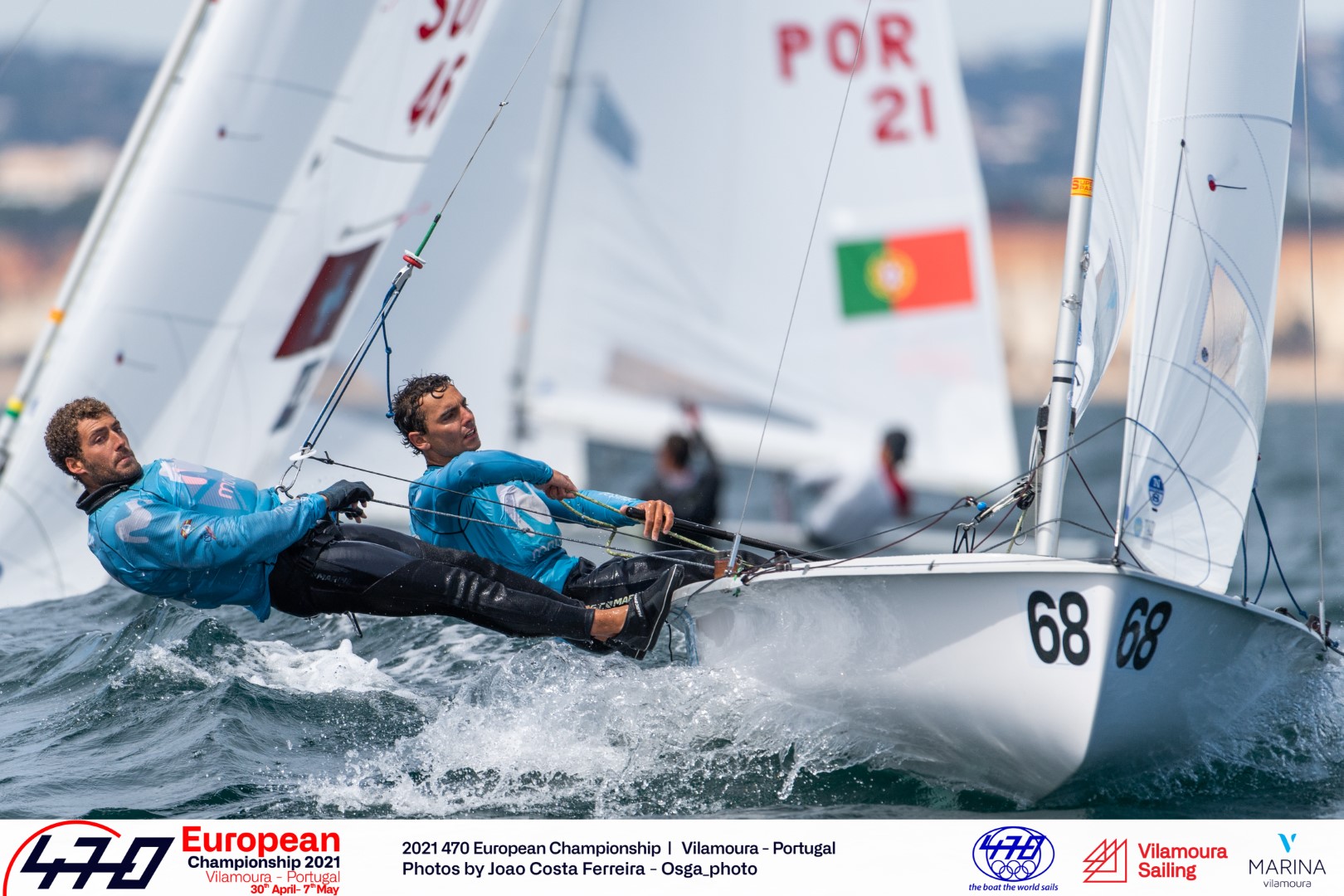 The Women’s fleet with 18 Teams sailing, saw the reigning European Champions from France, Camille Lecointre and Aloise Retornaz taking 2 bullets in races 1 and 3, followed by the 2019 World Champions from GBR Hannah Mills and Eilidh Mcintyre, with the 2021 World Champion crew Silvia Mas Depares and Patricia Cantero closing the top 3.

With an impressive dynamic the mixed fleet, with 34 Crews sailing in the first ever Mixed European Championship, was dominated by Israeli and German crews, Nitai Hasson and Saar Tamir and Theres Dahnke and Matti Cipra respectively, tied in points, followed by the British crew Freya Black and Marcus Tressler.

The day started with a breeze of 6 to 8 knts, picking up along the afternoon and delivering 12 to 14knts in the 2nd and 3rd races of the day. 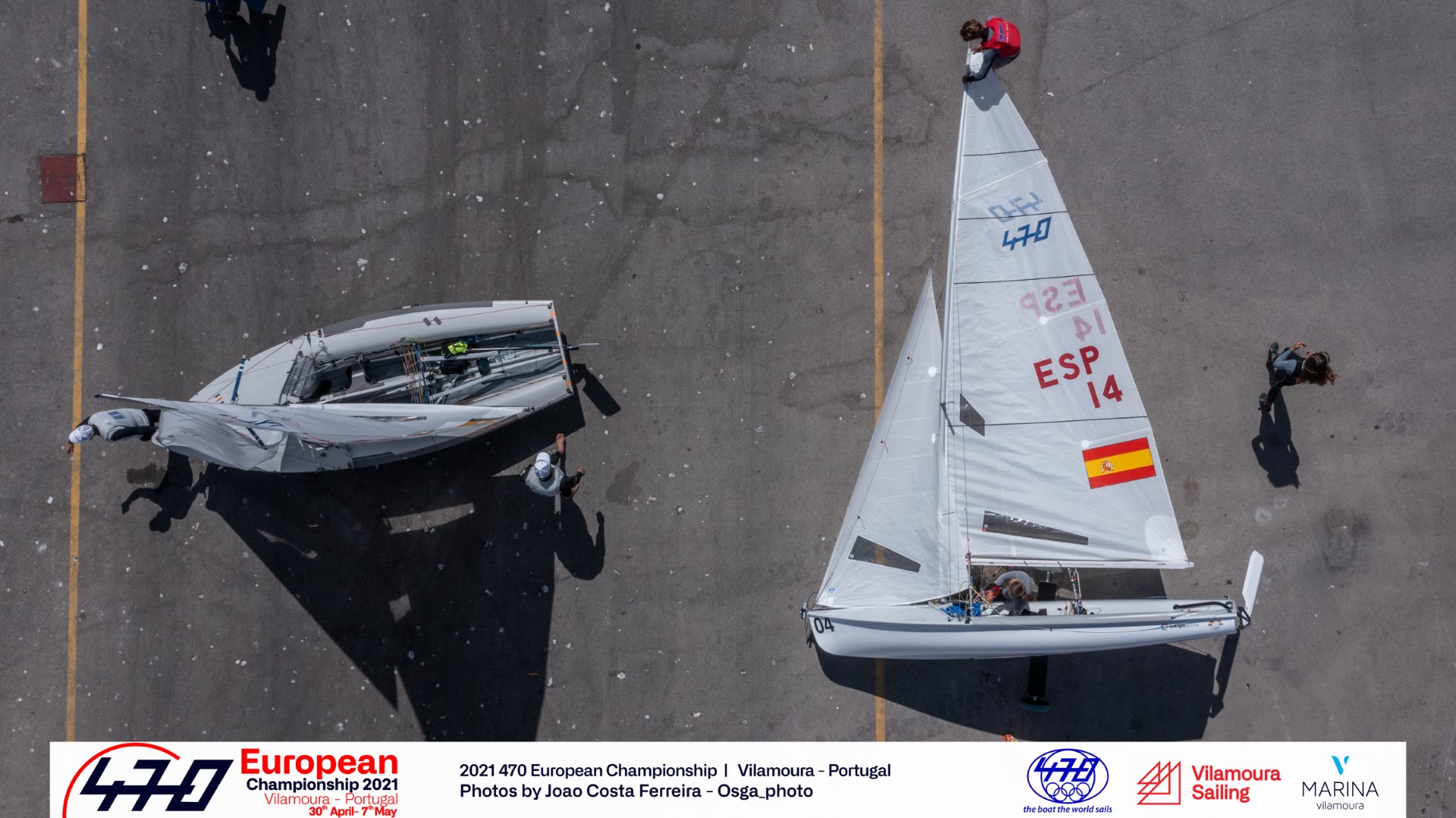