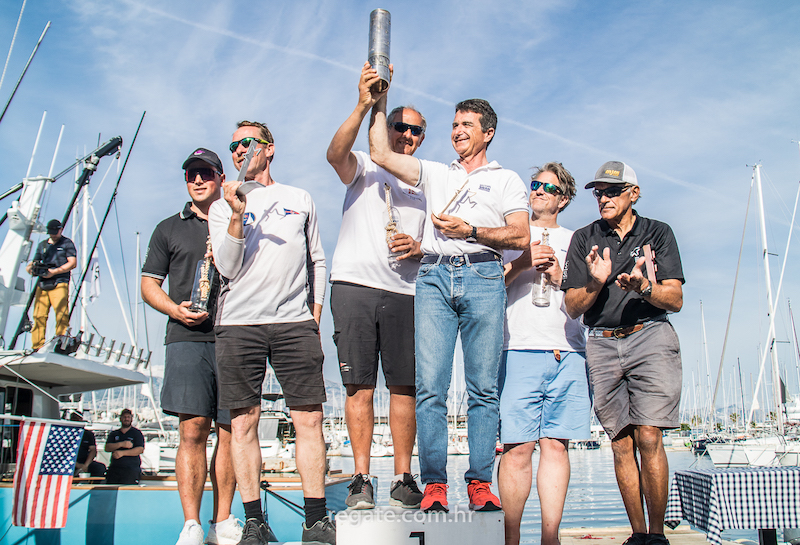 The 2021 Star European Championship in Split, Croatia was nothing but perfect. Seven out of seven races were sailed, all in different conditions with medium to strong sea breeze, waves and flat water, light north wind and, most important, a good challenge and fun for 34 teams, all hungry for it after a long year with no international regattas. The European Championship was won with a day to spare, yesterday, by former Star World Champion Enrico Chieffi here with Fernando after six flawless races.

The battle for second and third was still up for today’s only race. The winner was Argentinian naval architect Juan Kouyoumdjian and Enrico Voltolini (ITA), who finished fourth overall. Second in today’s sea breeze race, and second overall, are Star Class President and former European Champion Hubert Merklebach with Kilian Weise (GER), who had been leading for the first two days of the series. In third, confirming yesterday’s performance, 2016 Star World Champion Augie Diaz (USA) and Christian Nehammer (AUT), who threw-out their score today (13).

While wrapping up the Europeans, everyone’s mind in Split is now set towards the 2021 Star World Championship also scheduled in Europe, after last year’s cancellation, it will be in Kiel, Germany, from September 4th to the 11th. Right before that, from August 31st to September 3rd, the second U30 World Championship will be held also in Kiel, to which only Under 30 skippers are admitted.