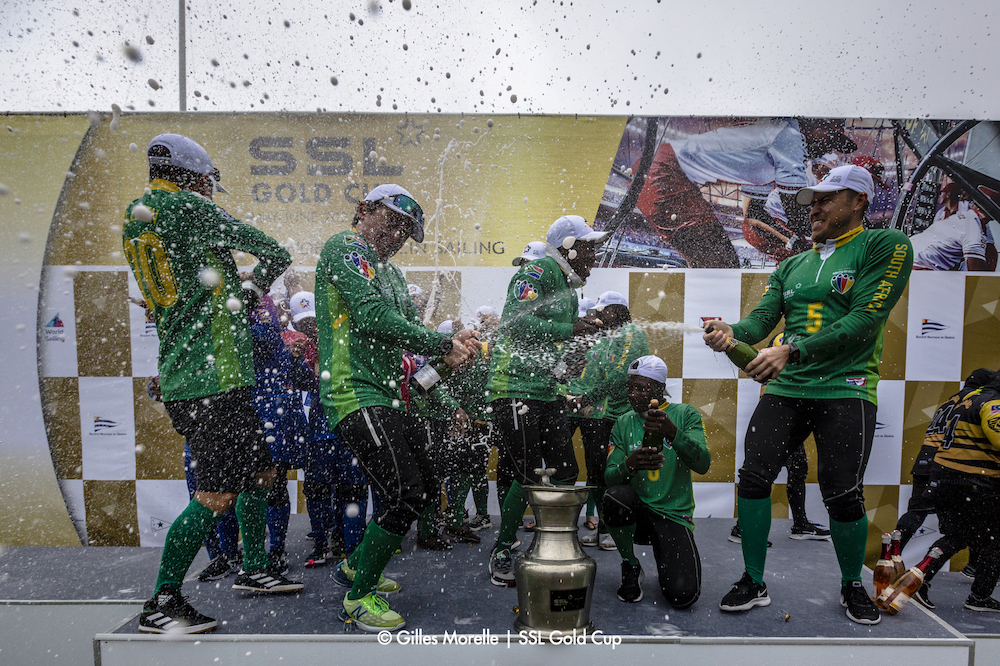 SSL Team South Africa wins the first SSL Gold Cup Test Event after a tight race today on lake Neuchatel in Switzerland. The day started out with a nice breeze for the Petit Final with the bottom two teams of every fleet, racing together to determine the positions from fifth to eight. Turkey won the race, and it is fifth, sixth is Team Tahiti, seventh France and eight Mexico.

In the afternoon with heavy rain and lightning wind the Grand Final was sailed for the winning two teams of every race. Team South Africa and Thailand got a nice margin over the other two teams, Malaysia and Ukraine. It was a tight battle to the end with the wind getting lighter and lighter, but the first to cross the line was the South African team led by Olympian Iain Ainslie.

After the podium ceremony and the well-deserved champagne shower, the teams will head back home to their countries and the SSL Headquarter in Grandson, lake Neuchatel will get ready to welcome more teams for this week’s training and then Test Event number two beginning on September 28th. Eight teams more will challenge each-other testing their skills, while the SSL will test the format. Switzerland, Israel, Hungary with Finn Silver medalist in Tokyo Zsombor Berecz, Estonia, Oman, Croatia with Tonci Stipanovic and Sime Fantela, and the challenge withing the challenge between Santi Lange’s Argentina and the multimedalist Brazilian team of Martine and Torben Grael, Robert Scheidt and Bruno Prada. 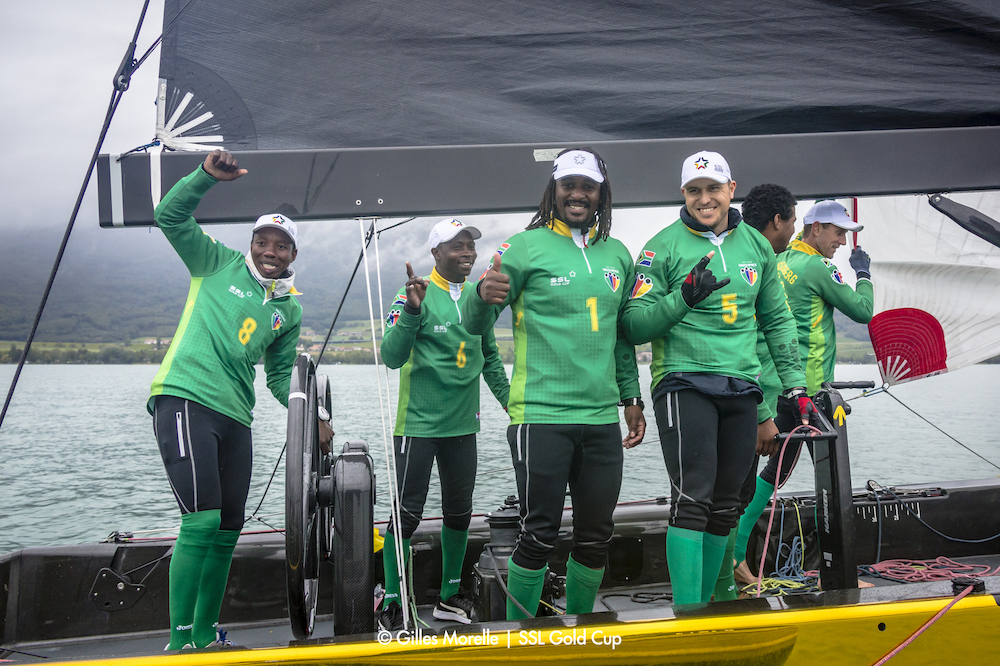