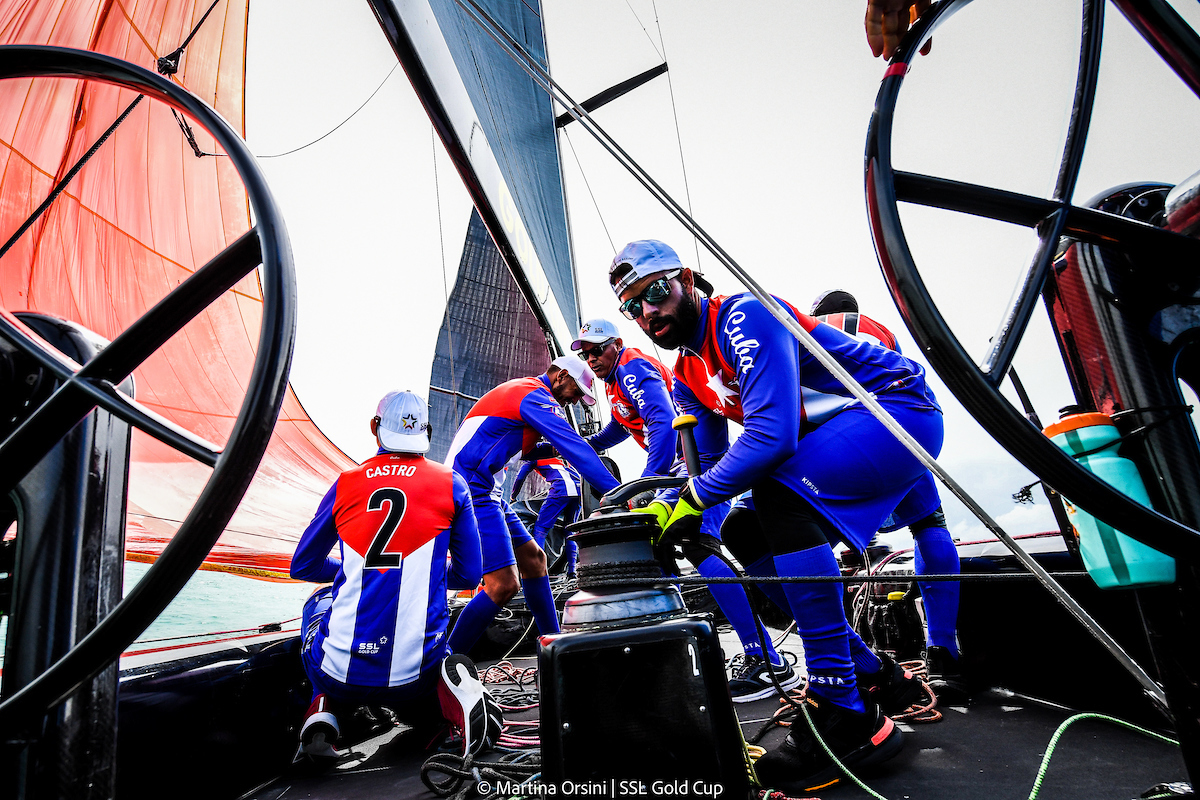 After a two week break, the SSL Gold Cup Qualifying Series resumes in Lake Neuchatel, Grandson! For Round 4, SSL Team Mexico, SSL Team Guatemala and SSL Team Cuba have crossed the Atlantic Ocean from Central America in search of glory. For the Cuban 'Pirates of the Caribbean' and the Guatemalan 'Jaguars', this will be their first time racing in Switzerland. Las Catrinas of Mexico have sailed these shores once before, finishing bottom of their group at the Test Event 1 in September 2021, but have upped their game since.  The fourth team competing this week are SSL Team Oman, the only team not coming from the New World. The Lions of the Sea finished 3rd in their Test Event group but return to Grandson highly motivated to reach the Finals taking place in their Middle-Eastern neighbour, Bahrain. 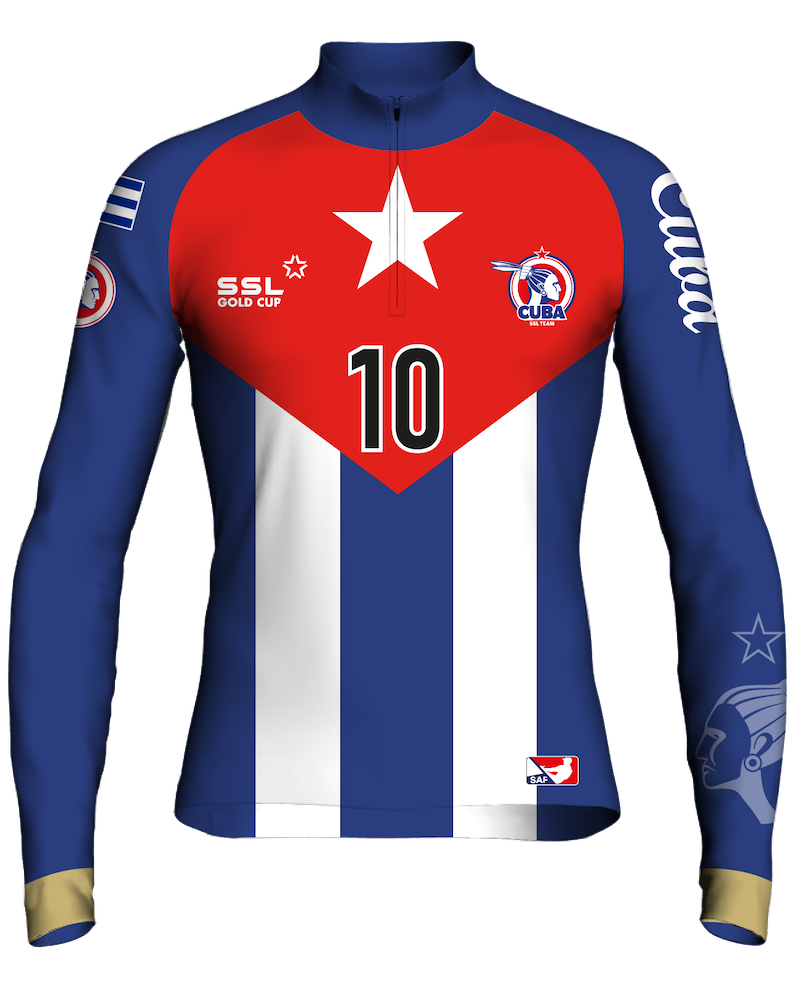 The largest island in the Caribbean, Cuba has a long tradition in dinghy sailing since 1886. The team is characterized by its discipline and collective work, but with very little experience in the practice of cruising sailing.

Their desire to win makes a small group of experienced sailors with the strength of young sailors, members of the Olympic classes, known and respected among themselves, have one goal: to demonstrate in the SSL Gold Cup the temperament and ability of the sailors of the largest island in the Caribbean.

The strengths of the team are unity and discipline, led by a captain with a high sports preparation and great results in the Snipe class, capable of sailing in different hydrometeorological conditions with a high psychological resistance, to coordinate the whole team and demonstrate in the SSL Gold Cup the temperament and capacity of the sailors of the largest island in the Caribbean. 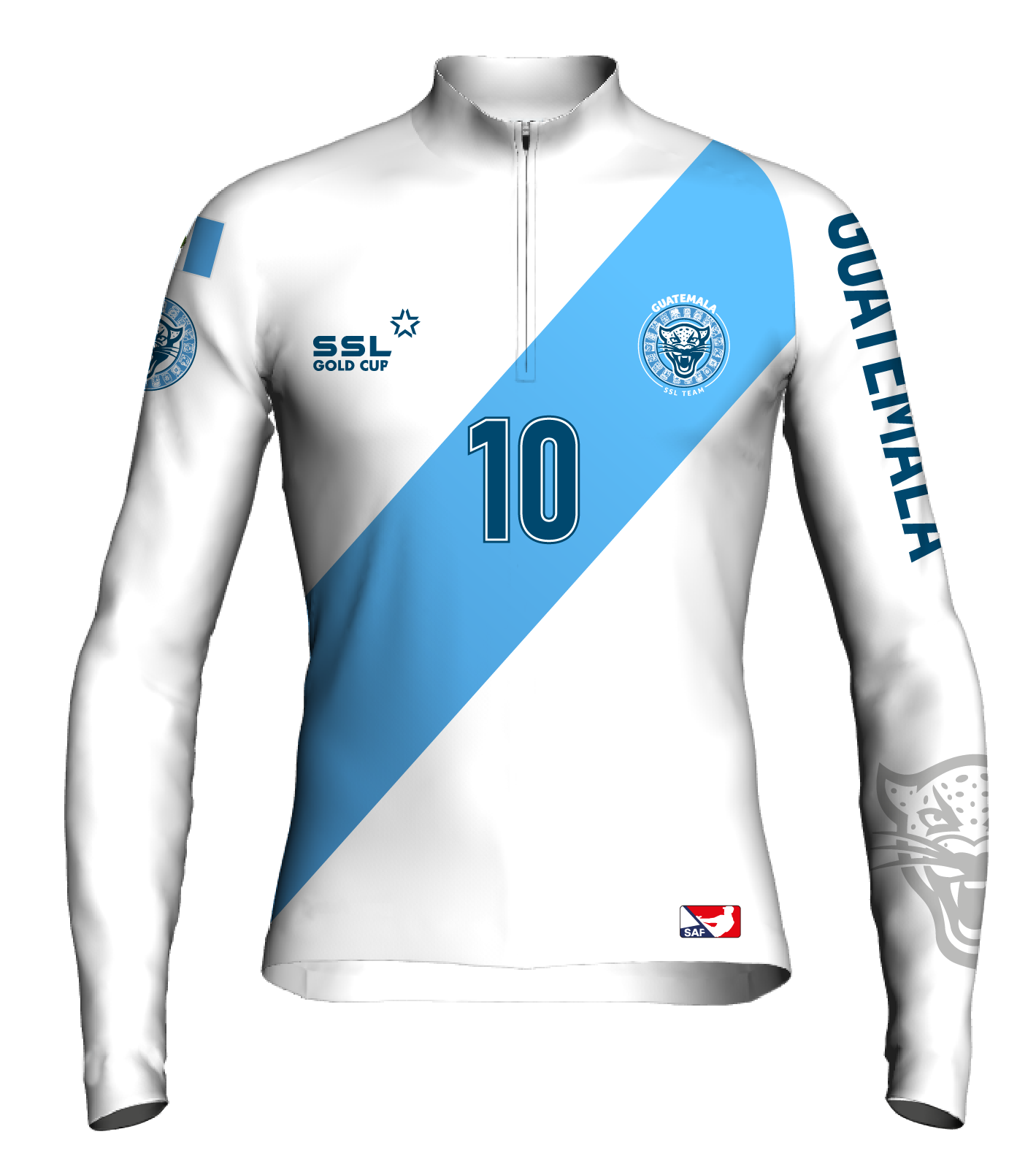 From the beginning, sailing in Guatemala has been characterized by being a family sport and a passion that has been transmitted from generation to generation. The sport began around 1920 by immigrant families from Europe that brought their sailing passion to Guatemala.

After only a few decades of nautical tradition, Guatemala has strong results in regional and Olympic level dinghy sailing. Following a strong result at the 2015 Pan American Games, in which Guatemala won 2 Gold Medals and finished second in the medal tally, our sailors performed greatly at the 2018 Central American and Caribbean games, winning 4 medals in total (3 Gold and one Bronze) to become the leading nation at a regional level. Despite its short competitive sailing history, our sailors have participated in or qualified for 10 Olympic games and won over 20 medals at regional events such as the Central American and Panamerican games. These regional games are important to our sailors, sailing federation, Olympic Committee, and sailing/sports fans in Guatemala. 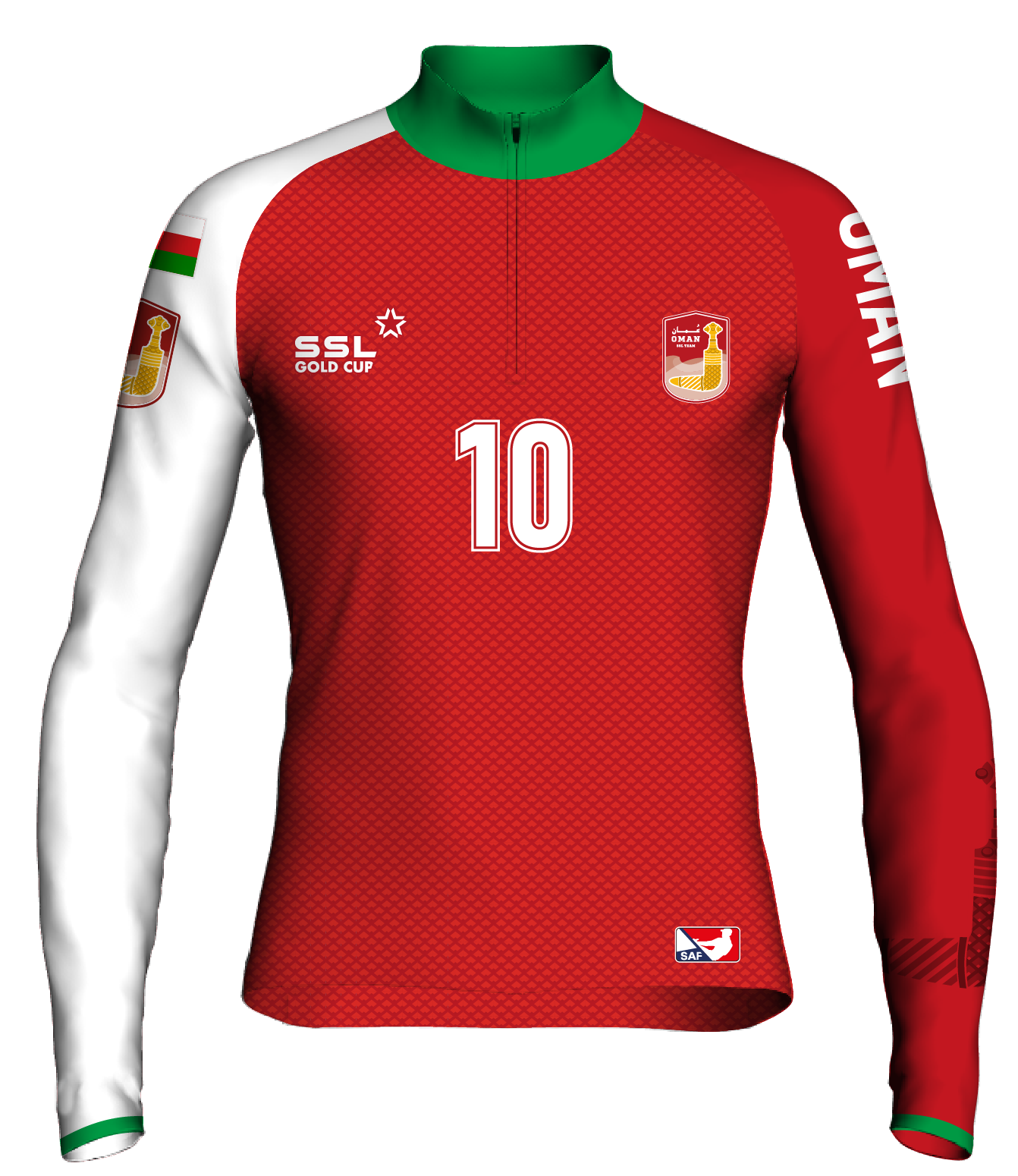 Team Oman may be a newcomer to the SSL but the affinity for the sea runs deep in its history and with a wealth of experience at their disposal the talented team are driven by a passion for the ocean and the dream of winning for the country.

Across the ages, traders and explorers blazed the trail that today’s generation of intrepid sailors follow, and the Omani flag has been flown high in celebration around the world. Spurred on by this success and boasting a fully-Omani crew, themselves Olympic hopefuls, coaches and champions experienced in all classes at the highest level, Team Oman is ready to step up to a new challenge and take on the best sailors in the world.

The Lions of the Sea cannot wait to get started in the SSL and will bring an authentic taste of Arabia to the tournament, on and off the water. 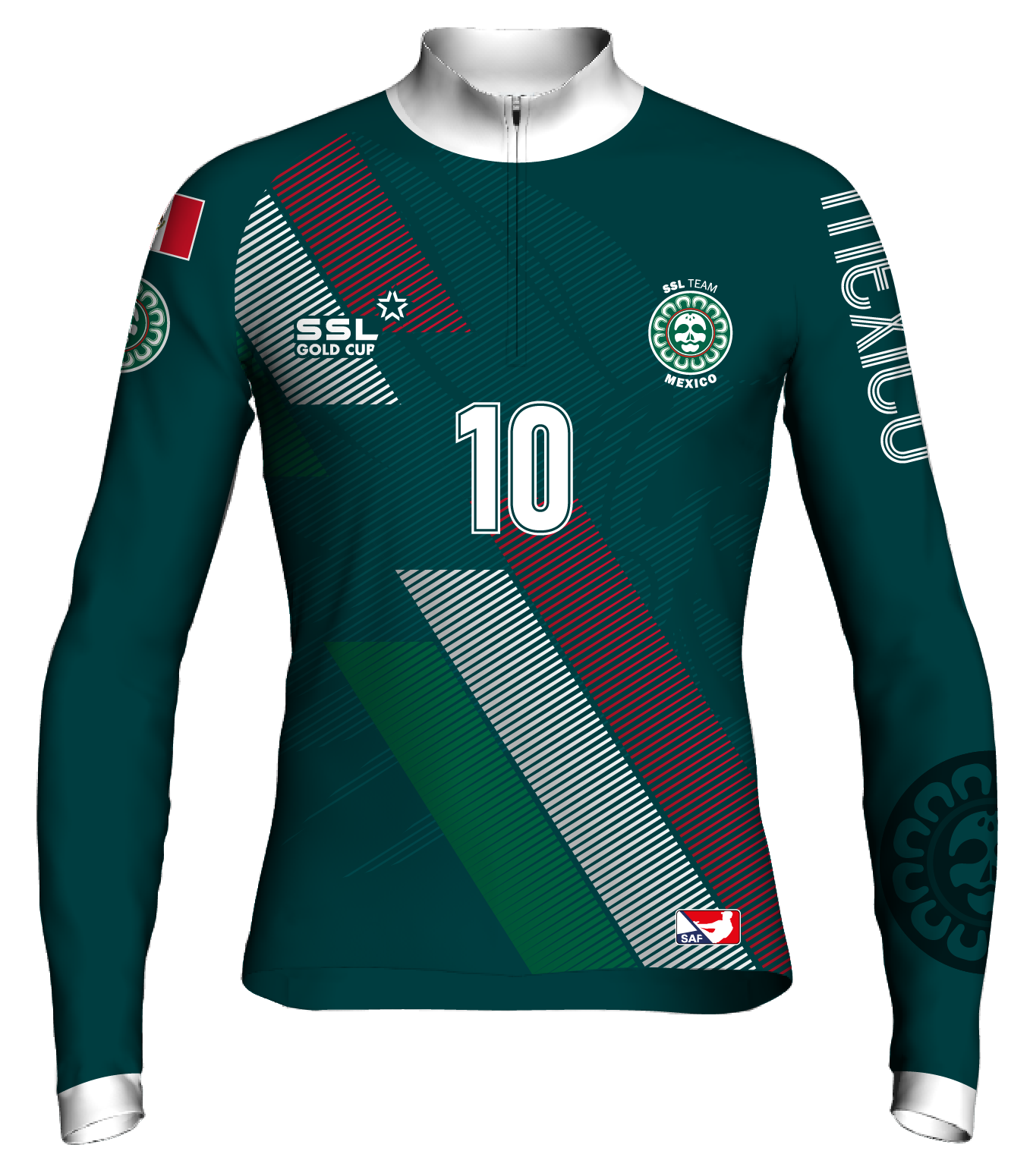 In honour of the late Eric Mergenthaler, Finn World Champion, the Mexican team comes to the SSL Gold Cup as Las Catrinas. A new team led by olympic Laser sailor Yanic Gentry, followed by Mexico’s best talent in sailing, and attending the SSL Gold Cup to show their worth altogether on an international stage. Yanic has become the bridge between Mexico’s veterans and the up-and-coming talent, everyone joining under the same motivation, showing the world Mexico’s potential.

Being the first nation to win the Round The World Race, Team Mexico is surely one not to be underestimated. In the past years Mexico has been showing the world a taste of its potential, winning a J70 World Championship, having a team in the Extreme Sailing Series and a possible entry for the next Ocean Race is just a hint of what is to come. 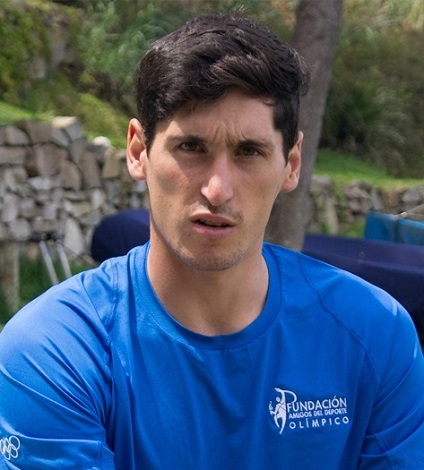