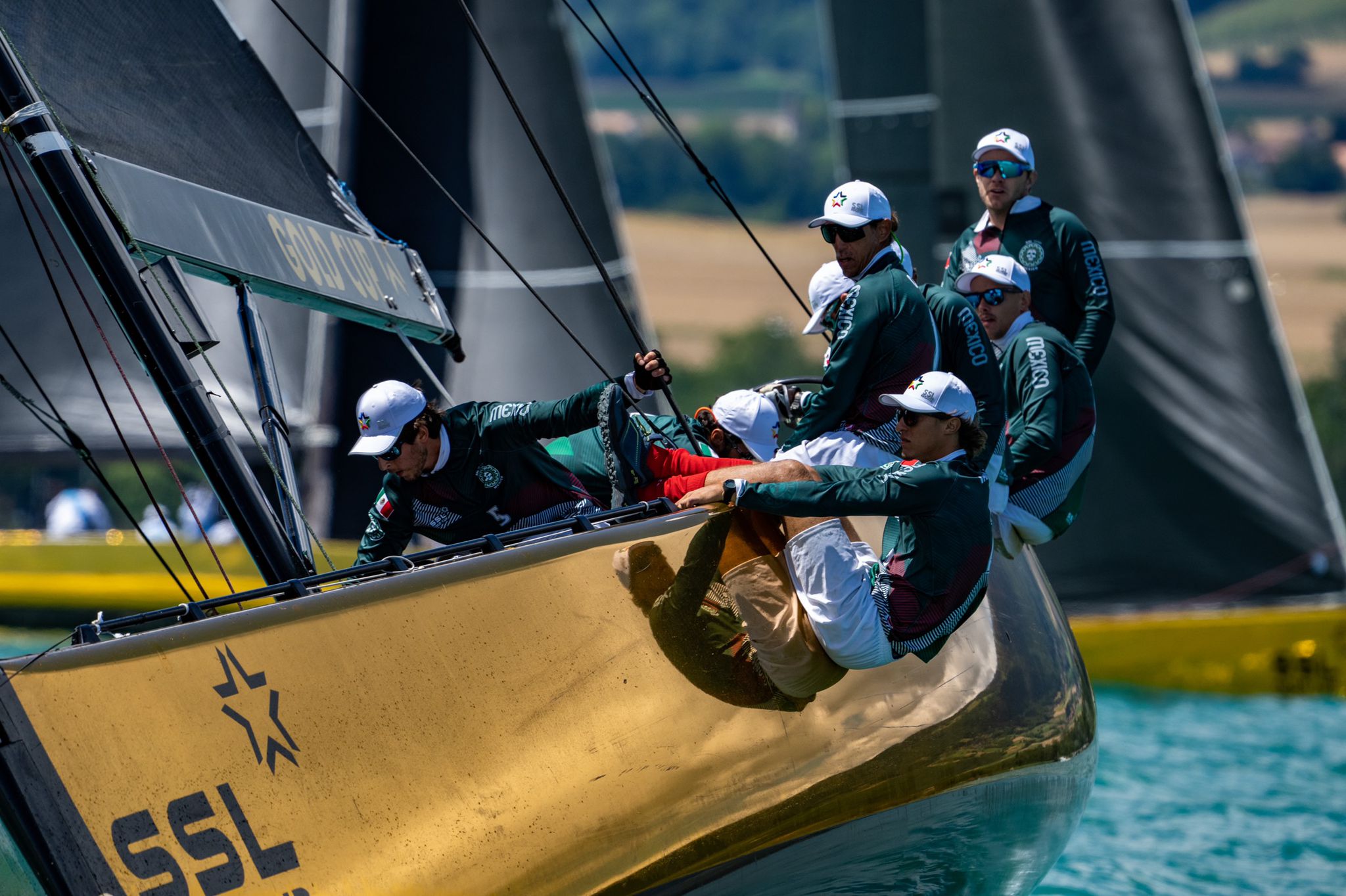 With SSL Team Guatemala dominating Day 1 of the SSL Gold Cup Qualifying Series Round 4, today the pressure was all on their rivals to deliver a riposte. SSL Team Cuba and SSL Team Mexico counter-attacked by winning a race each.

SSL Team Mexico stormed back into contention with victory in Race 3, fighting off a sustained challenge from SSL Team Cuba. Group leaders SSL Team Guatemala overtook SSL Team Oman with seconds to spare to secure the extra points in 3rd.

As the fickle wind flipped from one side to another, Las Catrinas of Mexico spent most of the race locked in battle with the again impressive underdogs, SSL Team Cuba.

Reshuffle pays off for Mexico

After a prolonged tacking battle that saw a protest from the Cubans dismissed, Nelido Manso Lopez’s Pirates of the Caribbean appeared to have the advantage approaching Mark 3. But, despite being pressured off the layline at the turn, the Mexican crew survived and held their lead to the finish.

For Las Catrinas, the win was vindication for a brave decision to shuffle their squad overnight, drafting in captain Yanic Gentry at the helm and his brother Ander as a floater.

Race 4: The Cuban 'Pirates of the Caribbean' on the attack 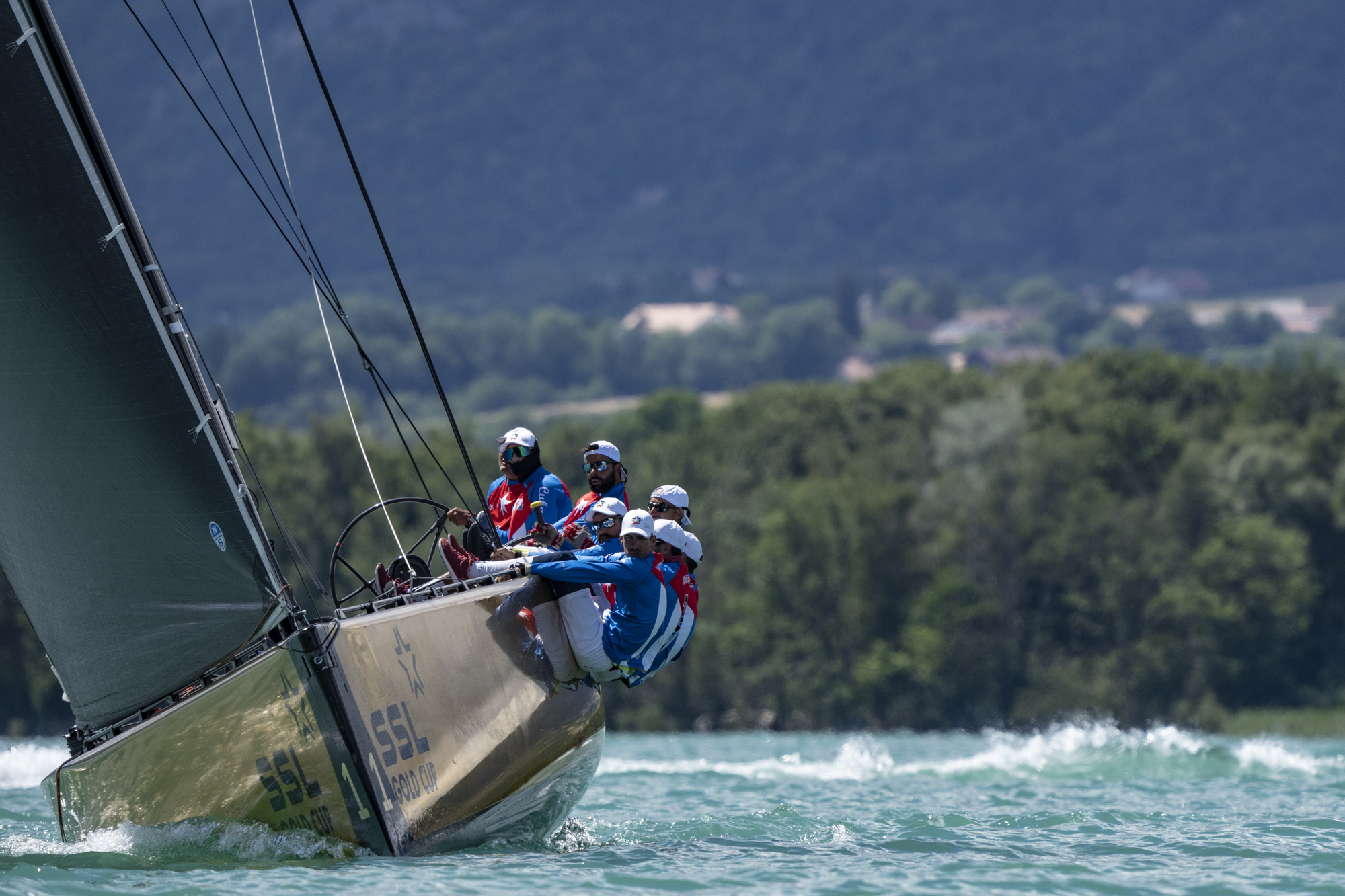 In a dramatic finish, SSL Team Cuba pipped SSL Team Mexico on the line to take their maiden win of the series. SSL Team Guatemala, just 5” further back, had to settle for 3rd place, with SSL Team Oman trailing some distance behind.

The Cuban ‘Pirates of the Caribbean’ dominated the opening half of the race, but a poor third leg allowed both SSL Team Mexico and SSL Team Guatemala to close in.

No cigar for Mexico nor Guatemala

In a gripping three-way finale, Nelido Manso Lopez’s team found a crucial advantage by sailing past the layline to set up a direct route to the finish. Forced to gybe an additional time, for SSL Team Mexico and the Guatemalan Jaguars, it was close but no cigar.

The win represented a real statement for the Cubans, who came to Grandson as the lowest-ranked team in the group (SSL World n°70).

As ever, the final day of racing in the SSL Gold Cup comes with a golden opportunity. With double points available on Saturday, all four teams will still fancy their chances of a ticket to the finals in Bahrain. For SSL Team Guatemala, looking so comfortable last night, know they have a fight on their hands.

Eric Brockmann – Tactician, SSL TEAM MEXICO, Race 3 Winners
“The day did not start easy for us, knowing of yesterday’s poor performance and we know the format we’ve followed the other rounds and what happened. The main goal was to be in the fight for the first two spots tomorrow, we didn’t want to risk too much.  We know we have a good team, that we can do things well.  Finishing in the top two spots in both races was good and what we went out for – even though we didn’t have good starts and we had to make our way little by little during the race. We have to go on the water tomorrow and have a great first race, check the points and then think about the following one”.

Pedro Vega – Pit, SSL TEAM CUBA, Race 4 Winners
"We felt the pressure during all the race from Mexico and Guatemala, even they were behind us. It was an amazing race. We were very tight from the start. We tried to check the fleet all the time as well as keeping our speed and trying to make less mistakes as possible. We kept looking at the clouds because it works like that on this lake. We were looking at the pressure and we kept sailing on it."

Jason Hess – Main Trimmer, SSL TEAM GUATEMALA, Overall Leader
“It’s a very tough fleet having all the same boat and with these kind of conditions it’s very easy to make mistakes tactically and strategically.  We couldn’t find the right rhythm on the boat, especially in the upwind legs. Even though we had pretty good starts, we couldn’t manage to hold the position during the races.  We felt we had very good speed downwind as we had yesterday, but I guess if we sailed pretty good the others did better today - Cuba and Mexico sailed great. Tomorrow everything is possible, it is going to define who is going through.  We will do what we can do best, work as a team, make the boat go fast, have good start as we had the last two days”. 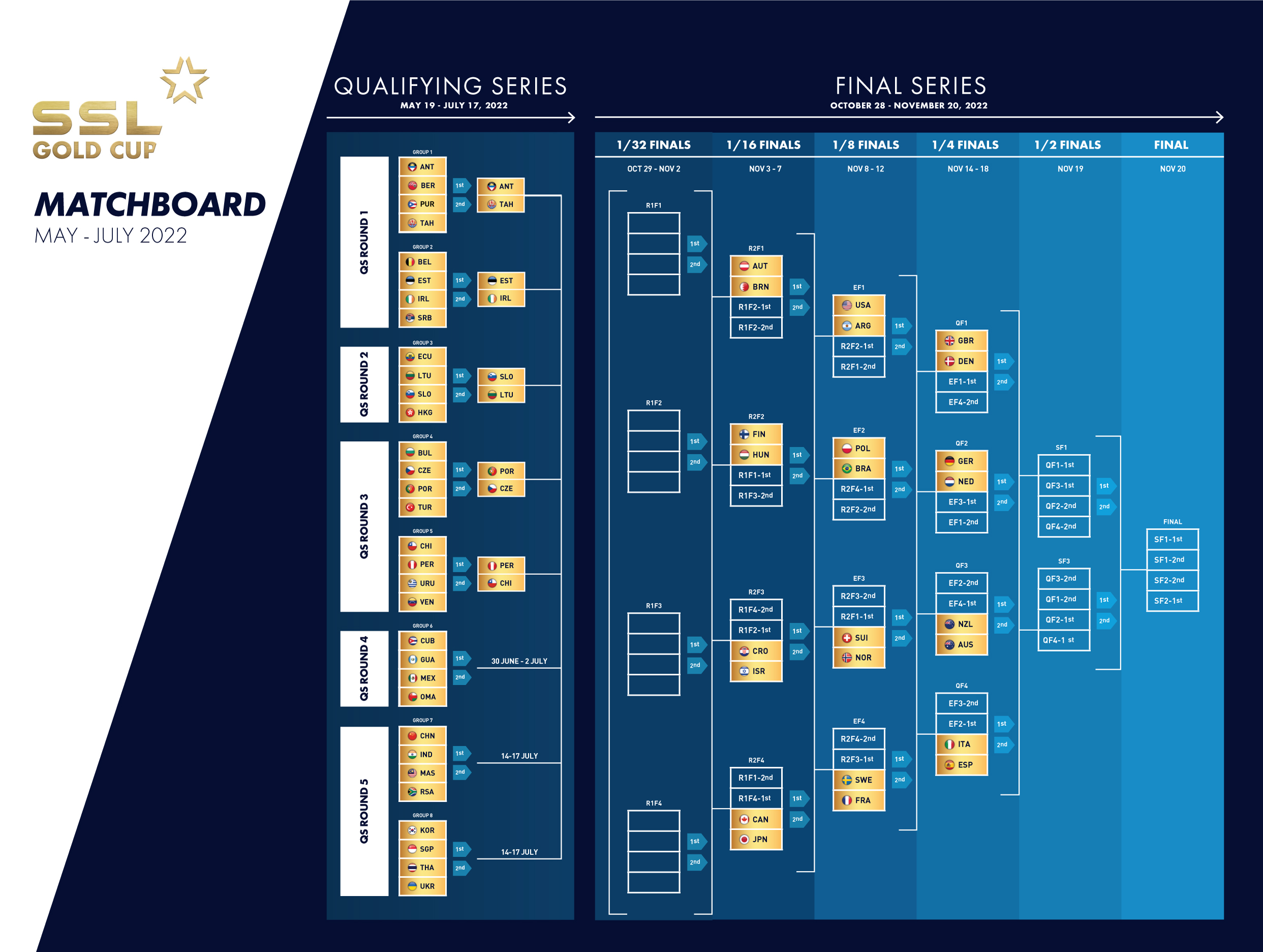 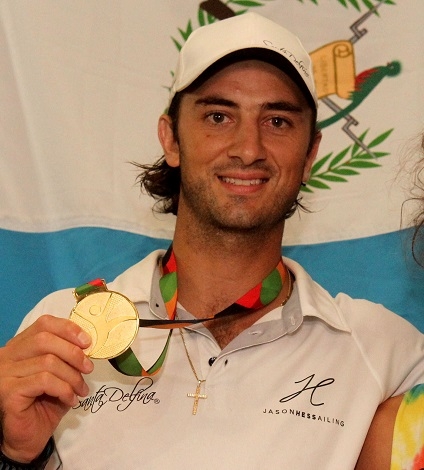